This weekend was extremely exciting because I learned a new skill! The weekend started out just like every other weekend – cuddling with mommy – but it took an interesting turn when I noticed 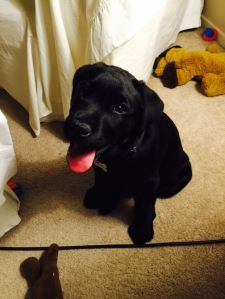 mommy working on a strange object.

At first I wasn’t quite sure what she was doing, so I pretended to play with my toys while she busily worked away. What she didn’t know was that I was secretly watching her for clues as to what she was working on.

Eventually I meandered over and gave her my most dazzling and inquisitive look.

I sniffed her project again and wiggled towards it hoping to let her know I wanted to try knitting as well. She smiled and let me know this was a very complicated pattern called fair isle, and the bright balls of yarn were very expensive. Translation: Don’t touch.

After a few more attempts to convince her I was up for the task, she put me down and continued to work on her worthless sweater. Why would anyone want a sweater when toys are so much more exciting? That was when my plan hatched. I would save her from boredom and show her I could knit her a toy!

I decided stealth was the way to go. I would 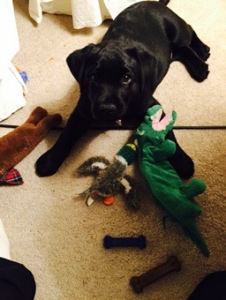 carefully watch what mommy was doing whilst pretending to play with my toys. Over the next two days I silently plotted and planned my big reveal. You see I just knew I could make her proud by showing her I could knit just as well as she could.

Finally, the big day arrived. After two days of watching and pretending to play with my toys I decided to make my move. While she was busy working on her iPad puzzle I put my plan in motion.

I had primed her by making all of my usual play noises. I even threw crocodile around for good measure. She glanced my way a few times, but then she settled down and left me to my own devices so I ran around to the other side of her ottoman and immediately got to work! 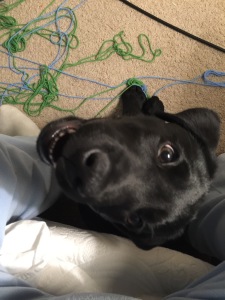 I must have used every one of mommy’s extra yarn balls! (I even used the ones she had set aside for her dumb sweater.) I pulled those balls out and drug them all over the place.

I was so engrossed in my work that I got too excited about my project, because all of a sudden mommy yelped and I heard her yell, “FINNEGAN!! What have you done!”

I wasn’t quite finished, but I was close enough, so I immediately ran over and beamed at her with pride.

I just couldn’t wait for her to see my creation! She couldn’t wait either because she jumped up and ran over to see what I had done. She was so proud of me she even took photos!

Here is a shot of me exhausted from all of my hard work!
Can you see part of my creation behind me? 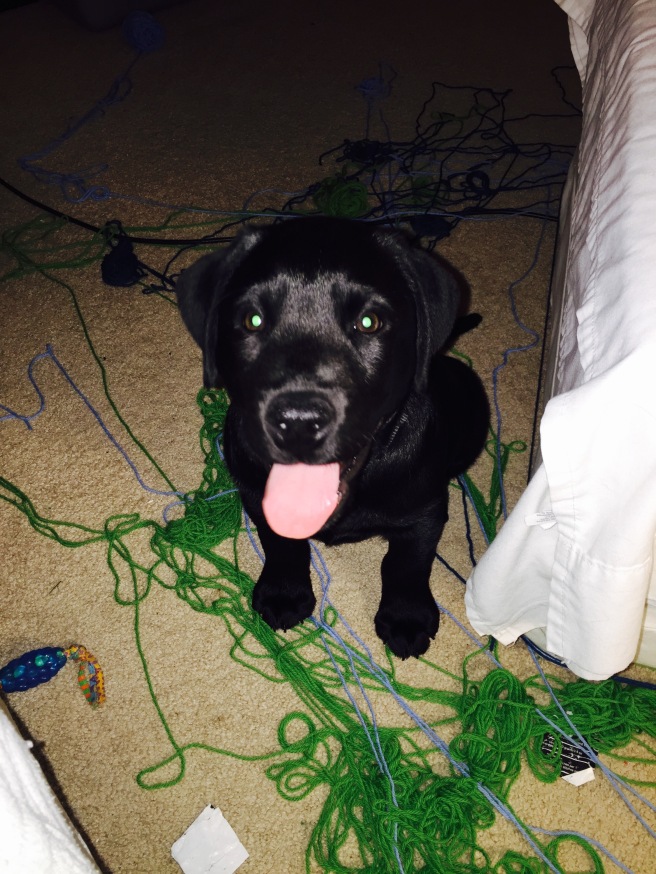 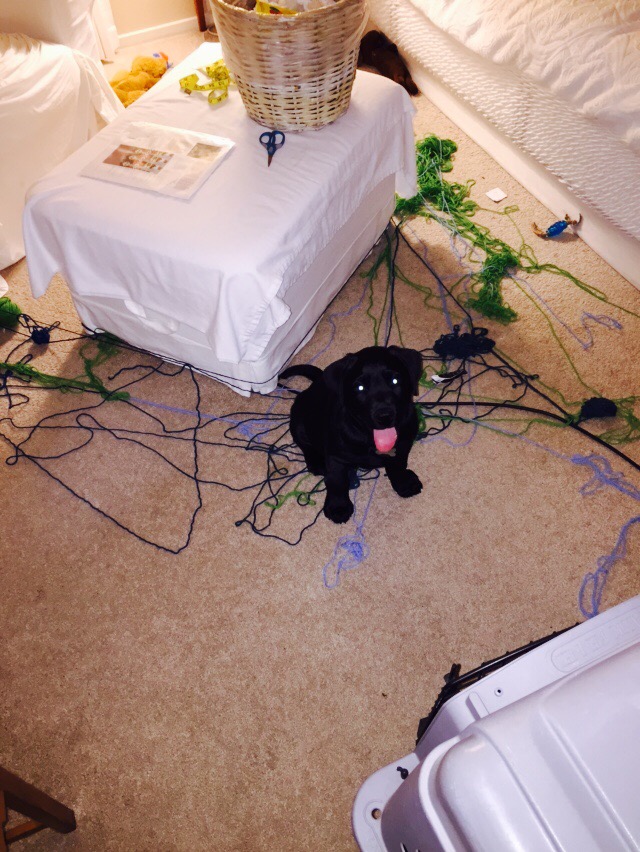 Of course what you are seeing is just the creative disaster left over from my frantic knitting session. The real gem was hidden behind the ottoman… 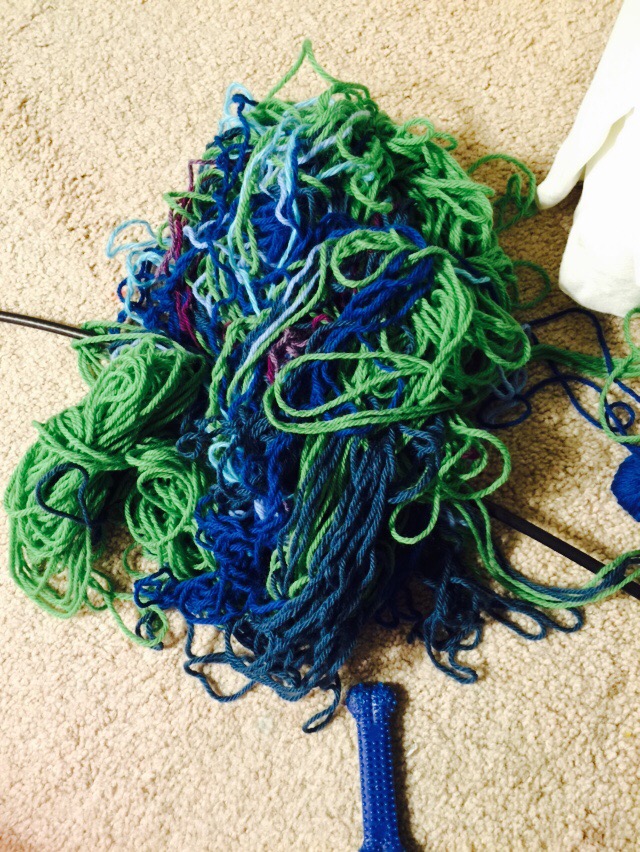 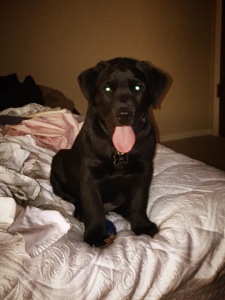 Mommy was so proud of me that she placed me in a position of honor on her bed. From up here I could watch her play with my new creation.

She gave me a title too! Public Enemy Number One – I’m not sure what that means, but it must be very complimentary because she kept looking at me with an odd look on her face while she played with her new toy.

Mommy played with her toy for several hours. She had so much fun that she didn’t touch her dumb sweater again. Mission Accomplished!

I hope you have enjoyed my story and remember – you can do anything you set your mind too!

Check back for more adventures soon…

My Human a.k.a. Mommy

Hello! My name is Jennifer and I'm delighted you have found your way to Finnegan's Blog. I hope you enjoy reading his stories as much as I have enjoyed writing them!